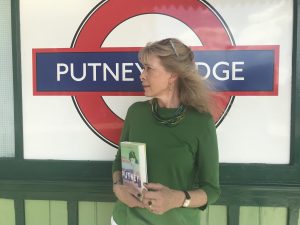 Sofka spent most of her childhood living in London, where her father, Peter Zinovieff, had an electronic music studio (EMS). Visitors to the house during the 1960s and ‘70s included composers and musicians as diverse as Harrison Birtwistle and Pink Floyd. Both her paternal grandparents were from St Petersburg and escaped to England after the 1917 revolution. She was named after her Russian grandmother, the subject of Red Princess: A Revolutionary Life.

After attending schools in London and Oxford, Sofka studied social anthropology at Cambridge. She carried out research for her PhD in Greece, which marked the beginning of a lifelong involvement with the country. She later lived in Moscow and Rome, where she worked as a freelance journalist. 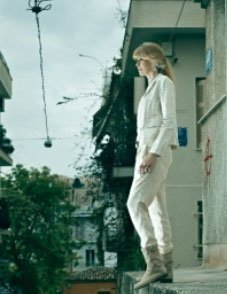 Sofka is the author of five books, the latest of which is Putney (hardback 2018, paperback 2019): ‘Lolita in reverse: a novel for the #MeToo age which addresses the minefield of sexual consent.’

In addition to one other novel, The House on Paradise Street (2012) about an Athenian family divided by civil war and the contemporary crisis, she has written three works of non-fiction: Eurydice Street: A Place in Athens (2004), Red Princess: A Revolutionary Life (2007) and The Mad Boy, Lord Berners, My Grandmother and Me (2014). Her writing has appeared in publications including the Daily Telegraph, the Financial Times, the Times Literary Supplement, the Spectator and the Independent.

She is married, has two daughters and lives between Athens and London.