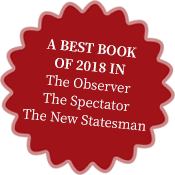 An explosive and thought-provoking novel about the far-reaching repercussions of an illicit relationship between a young girl and a man twenty years her senior.

A rising star in the London arts scene of the early 1970s, gifted composer Ralph Boyd is approached by renowned novelist Edmund Greenslay to score a stage adaptation of his most famous work. Welcomed into Greenslay’s sprawling bohemian house in Putney, an artistic and prosperous district in southwest London, the musical wunderkind is introduced to Edmund’s beautiful activist wife Ellie, his aloof son Theo, and his nine-year old daughter Daphne, who quickly becomes Ralph’s muse.

Ralph showers Daphne with tokens of his affection—clandestine gifts and secret notes. In a home that is exciting but often lonely, Daphne finds Ralph to be a dazzling companion. Their bond remains strong even after Ralph becomes a husband and father, and though Ralph worships Daphne, he does not touch her. But in the summer of 1976, when Ralph accompanies thirteen-year-old Daphne alone to meet her parents in Greece, their relationship intensifies irrevocably. One person knows of their passionate trysts: Daphne’s best friend Jane, whose awe of the intoxicating Greenslay family ensures her silence.

Forty years later Daphne is back in London. After years lost to decadence and drug abuse, she is struggling to create a normal, stable life for herself and her adolescent daughter. When circumstances bring her back in touch with her long-lost friend, Jane, their reunion inevitably turns to Ralph, now a world-famous musician also living in the city. Daphne’s recollections of her childhood and her growing anxiety over her own young daughter eventually lead to an explosive realization that propels her to confront Ralph and their years spent together.

“It is rare to find oneself reading so compulsively a book that promises no resolution or easy answers; I admired this combination of intellectual honesty and bravura storytelling.”

Read review »
05 AUG 2018
“A finely nuanced study of the way different people make subjective sense of the past, and a reminder that the novel (like the analyst’s couch) is a great space for thinking about the unthinkable.”
Read review »
By Zoe Apostolides, 27 JUL 2018

“A disturbing, well-structured, nuanced story that provides no simple answers — an important addition to an urgent, current conversation.”

“Certain books worm their way into your soul, grabbing you from the opening paragraph and holding you in their grip until the final page has been turned.”

“A Lolita for the age of #MeToo … It delves deep into the discussions surrounding consent and abuse of power. She has written a contemporary Lolita in which the rules of engagement have changed, women are speaking out about the ways they have been misused and the Humbert Humberts face prosecution and disgrace.”

“A finely nuanced study of the way different people make subjective sense of the past, and a reminder that the novel (like the analyst’s couch) is a great space for thinking about the unthinkable.”

“Involving, beautifully written, and subtle… an incredibly unnerving account of abuse and its consequences… There are terribly difficult questions here, dealt with sensitively and intelligently.”

“A novel that interrogates the intersection of love, desire, and abuse… Timely and nuanced.”

“A powerful – and timely – examination of desire and permission, innocence versus experience. “All children liked secrets, didn’t they..?”

“among the hottest books of this blazing summer.”

“A thoughtful, sophisticated, often unnerving treatment of a vexed topic.”

“An intelligent, subtle novel which explores the fallout of sexual abuse all wrapped up in an engrossing piece of storytelling, so good that I included it on my Man Booker wish list… I take my hat off to its author for tackling such a tricky subject with compassion and intelligence.”

“A rising star in the London arts scene of the early 1970s, gifted composer Ralph Boyd is approached by renowned novelist Edmund Greenslay to score a stage adaptation of his most famous work.”

“At no point does the narrative stoop to simplicities of blame and amends; everything stays refreshingly, disturbingly more complicated than that. Putney is a story about the long shadow abuse can cast on the lives of all involved, but it consistently works on intellectual and emotional levels in order to tell that story, leaving hymn-book moralizing for lesser treatments.”

“I find it impossible to predict the reaction of anyone I know to the nuances of character and situation, and for all these reasons, this is a novel I admire and highly recommend.”

“The novel that will have everyone talking.”

“An incendiary story of sexual obsession and abuse …traveling back and forth between the 1970s and today, the novel makes a convincing case for how the anything goes ethos of that earlier decade can lead to a reckoning decades later.”