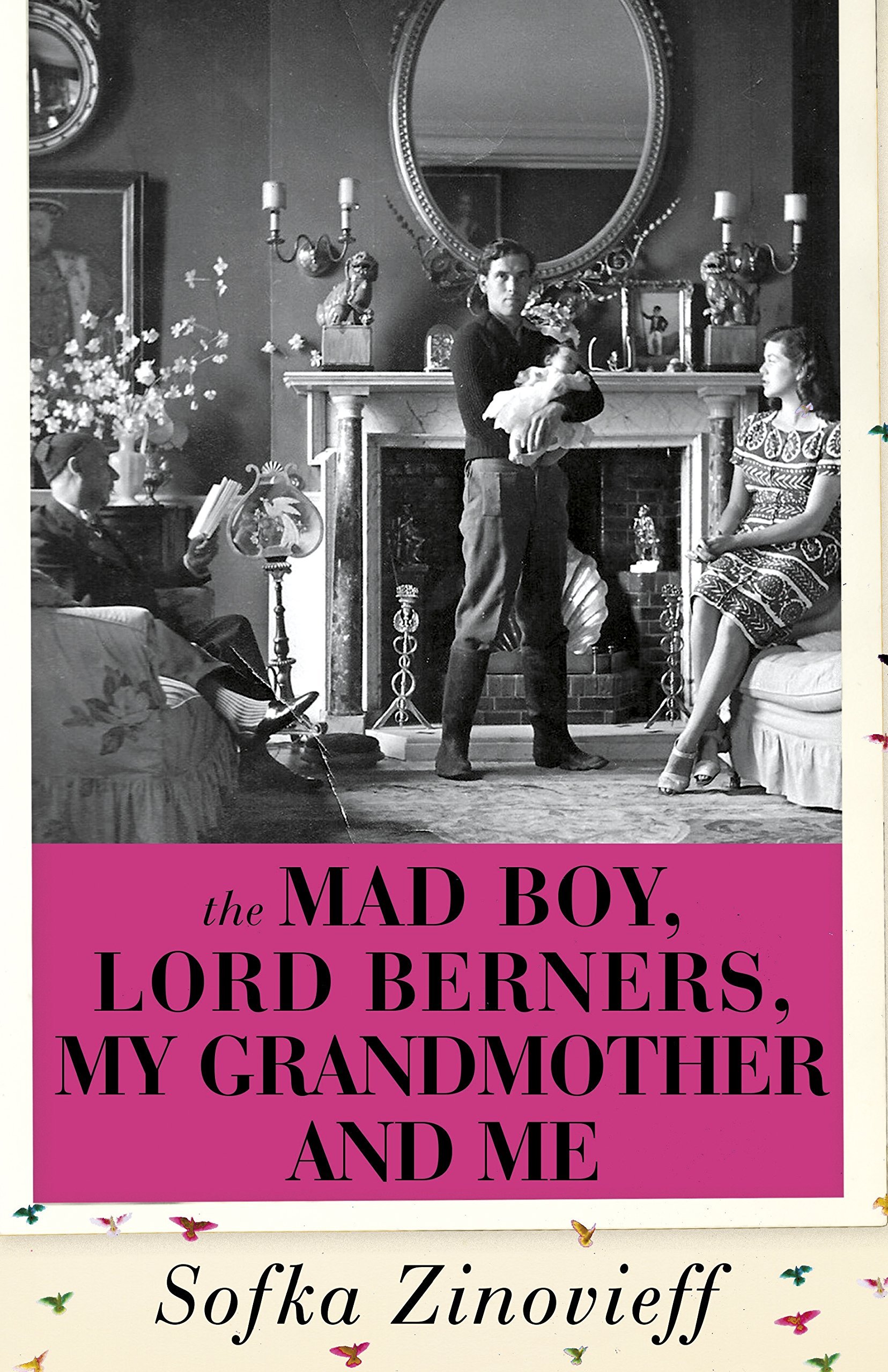 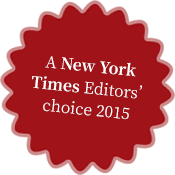 Sofka traces the extraordinary history of her maternal grandfather, the Mad Boy, and how he came to live with the eccentric composer Lord Berners at Faringdon House.

The Mad Boy was the wild and handsome young lover of the composer, painter and writer, Lord Berners. During the 1930s they lived in an aesthetes’ paradise at Faringdon House near Oxford. The doves were dyed all colours of the rainbow, dogs had jewelled collars and exquisite food was served to many of the great minds, beauties and wits of the day. The visitors’ books are signed by numerous Mitfords, Sitwells and guests as diverse as H.G. Wells, Gertrude Stein, Harold Nicolson, Frederick Ashton, Elsa Schiaparelli and Evelyn Waugh. When, during the war, the Mad Boy suddenly got married to Jennifer Fry, a high society beauty, everyone was shocked.

The unusual ménage a trois only lasted a couple of years, but during this time a baby was born. That child, Victoria, was Sofka’s mother. However, it was not until she was seventeen that Sofka went to stay for the first time with the Mad Boy at Faringdon. By then, in 1979, Lord Berners was long dead, but the dyed doves and the bizarre glamour remained. It was a strange experience for a schoolgirl who had been brought up in the London’s bohemian world of electronic music with all her holidays spent on a remote Hebridean island. Sofka’s mother had never been close to her father, but the ageing Mad Boy and his granddaughter struck up a rapport. Little did Sofka suspect however, that eight years later, while living in Greece doing research for a PhD in anthropology, she would inherit Faringdon House.

The Mad Boy takes the story from Gerald Berners’ Victorian childhood in Shropshire, describes his years as a diplomat and a composer who was helped and admired by Stravinsky. Berners’ friends were astonished when, at the age of 48, he fell in love with the twenty-year-old Mad Boy. In the days when homosexuality was illegal, the couple lived openly together in Faringdon, London and Rome, and delighted in defying conventions: the Mad Boy rode naked on his horse and Berners wore masks in his chauffeur-driven Rolls Royce. Following the fates of all the characters across the twentieth century, the book describes the burgeoning friendship between the ageing Mad Boy and the author and the difficulties and pleasures for a young student of inheriting a country estate.

This Cecil Beaton photograph shows my grandparents in the drawing room at Faringdon. Jennifer is moodily glamorous in a fitted summer dress – something like Ava Gardner, with dark, styled hair and painted lips. Robert is gazing past the photographer, casually handsome in sweater and gumboots, as though just in from the stables. He is holding a small, lace-clad baby. A wedding ring shows on his finger. Over to one side in the shadows is a rounded, grandfatherly figure with a gnomic profile. Wearing a skullcap, suit and slippers, he sits on a sofa, apparently absorbed in a book. The impression is of a privileged family portrait: cut flowers, a portrait of Henry VIII, gilt-framed mirrors on dark walls, an Aubusson rug and a golden cockerel artfully placed in the foreground.

It is a truism that photographs lie, but the extent to which this picture is misleading is staggering. It is 1943, though you wouldn’t guess that it was wartime and that the house was occupied by the US Army. Nor is it obvious that this most unlikely marriages was already failing, though Berners himself was quite happy in his “grandfatherly” role. Another underlying tension is that the photographer Cecil Beaton hated the “horrible Mad Boy”, and the two would remain enemies into old age, when the Mad Boy took his revenge…

Nancy Mitford’s Lord Merlin in The Pursuit of Love was based on Lord Berners, with his hilltop folly tower and his teasing of local worthies. Like his fictional counterpart, Berners wore masks, enjoyed practical jokes and kept strange pets including a flock of multi-coloured doves.
The Mad Boy always claimed that Gerald Berners had built the folly tower as a twenty-first birthday present for him, though it was opened a few years later, in 1935. This postcard of Faringdon Folly has been “re-touched” by Berners.

When I first visited my grandfather at Faringdon, I was amazed. The Mad Boy handed out pewter tankards of champagne and brought me and the other guests into the drawing-room. Grinning, he pointed out a white, wicker, fish-shaped handbag lying on an ornate, gilt chair. “Jennifer forgot her bag when she left nearly forty years ago and it’s stayed there ever since”.

Lord Berners described the young Mad Boy as being like a panther, but even as an old man, Robert Heber-Percy retained his reputation for diabolical jests and bad behaviour.

“The delicacy of Zinovieff’s perceptions, the abiding redolence of her descriptions and the captivating moods of her subjects make (The Mad Boy, Lord Berners, My Grandmother and Me) a book of rare pleasure. It stands at the top of its genre.”

“An “absorbing, candid, critical and loving tale”… “and there isn’t a character in The Mad Boy, Lord Berners, My Grandmother and Me whom one wouldn’t dearly wish to meet.”

“If you want a guide to the heady, bitchy, glamorous world chronicled by Nancy Mitford, Evelyn Waugh and Anthony Powell, this is a good place to start… Sumptuous.”

“Zinovieff provides a vivid sketch of the extraordinarily glamorous society of Faringdon in its heyday, especially during the 30s, as Berners and Heber-Percy reached the peak of their fashionable appeal. They knew “everyone”, and almost everyone came to stay…”

“Prepare to be seduced by outlandish delights and strange creatures”

“Sofka Zinovieff has written the strange, and strangely moving, tale of her family’s unorthodox relationships. By turns comical, tragicomical and melodramatic, her book often reads much like fiction, and she recounts it like a novel.”

“unputdownable… gloriously lavish, something fascinating to gaze at on every page. Sofka Zinovieff’s tale of Lord Berners and his lover is packed with money, sex, secrets and bad blood”.

“Sofka Zinovieff has written the strange, and strangely moving, tale of her family’s unorthodox relationships. By turns comical, tragicomical and melodramatic, her book often reads much like fiction, and she recounts it like a novel.”

“I enjoyed every word”

“If the Berners story has been well told before… its sequel is all Sofka’s: an affecting account of how Faringdon’s improbable new chatelaine laboured to unravel the truth about her very troubled grandmother.”

“It was a house to live in, not to rush out from all day to kill enemies and animals,” wrote Nancy Mitford of Faringdon House. Sofka Zinovieff inherited Faringdon from her grandfather ’the Mad Boy” of the title, Robert Heber-Percy, the lover of Lord Berners. Sofka first went to Faringdon, a house with an illustrious and chequered history, with her mother, Victoria, when she was seventeen. “Entering the gates at Faringdon took me into an unfamiliar yet hugely seductive realm.”

“A fabulous tale of glittering, if decadent society.”

A “delicious family history”. A “sumptuously produced book that abounds with gorgeous photographs and typographical frills. Zinovieff has collected heaps of anecdotes from a bygone era when shameless hedonism reigned.”

“An absorbing as well as original book”

Henry James’s “sense of irony would have been inordinately tickled by Sofka Zinovieff’s entertaining memoir”.”Ms. Zinovieff handles her flamboyant material with considerable tact and finesse, giving due weight to the outlandishness of it all while still acknowledging a certain darkness at its core.”